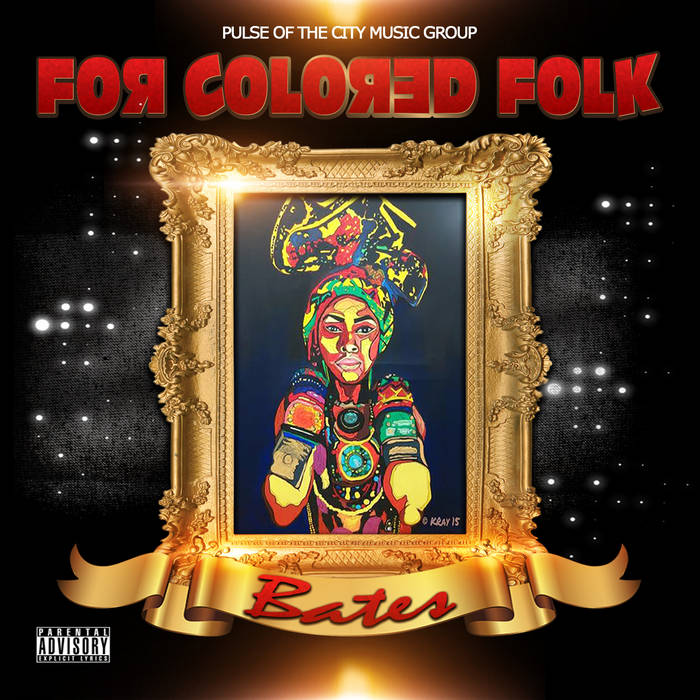 St. Louis, Mo hip-hop artist, Bates, has had a successful year. After releasing her latest mixtape, The Great DeBates, she teamed with producer TRUE On Tha TRAC and vocal coordinator Kourtney Nicole and released her video debut single, “Tell Jesus.” This was the first release from her upcoming project, For Colored Folk.
The visual was well received- it earned Bates Video of the Year in the 2016 St. Louis Underground Music Awards and because of hard work, awesome stage shows and powerful messages the previous year,, she became the first female awarded 2016 Artist of the Year as well.
Since then, she and her team have worked tirelessly to make For Colored Folk the most powerful, creative and unrepentant album the femcee prodigy has written.
Fan faves like “Freedom Boat” and “Bootstraps” use message and production to revive antiquated aspects of black music. Jazzy hip-hop songs like “Black Bodies” and “City of the Fallen” spark dismal emotional reactions and add to the overall multi-layered theme of the project.
Bates addresses everything from homophobia, religion and politics to personal beef on “COINTELPRO.“
There’s something for everyone to explore on the album.

Bandcamp Daily  your guide to the world of Bandcamp

Interviews With Butcher Brown and Slauson Malone, plus LP of the week by SAULT.